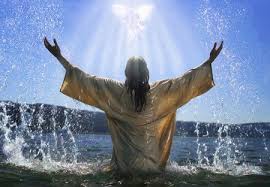 The four Gospels​—Matthew, Mark, Luke, and John—​tell us much about how Jesus lived.

The setting in which Jesus said the above words reveals much about the focus of his life. Jesus and his disciples had been traveling all morning through the hilly country of Samaria. (John 4:6) Thinking that Jesus must be hungry by now, the disciples offered him some food. (John 4:31-33) In his reply, Jesus summed up his purpose in life. To him, doing God’s work was more important than eating. In both word and deed, Jesus lived to do God’s will for him.

Preaching and teaching about God’s Kingdom

“He went around throughout the whole of Galilee, teaching . . . and preaching the good news of the kingdom.” (Matthew 4:23)

Jesus did not simply preach, or proclaim, God’s Kingdom to others. He also taught people​—that is, he instructed, explained, and convinced by sound reasoning. The Kingdom was the theme of Jesus’ message.

Throughout his ministry, Jesus taught his listeners what God’s Kingdom is and what it will do.

Some truths about the Kingdom, along with the Scriptural citations that give us Jesus’ words on the subject:

These powerful works served at least two purposes. First, they helped to prove that he was indeed sent by God. (Matthew 11:2-6) Second, they provided a preview of what he as King of God’s Kingdom would do on an even grander scale in the future.

Some of the Powerful works he performed:

Imagine what life on earth would be like under the rule of such a powerful King!

Revealing the personality of God

When it comes to teaching others about God, no one is more qualified than God’s own Son, the one who became known as Jesus Christ. As “the firstborn of all creation,” Jesus lived alongside God in heaven longer than any other spirit creature. (Colossians 1:15) Think about the opportunities he had to absorb his Father’s thinking and learn His will, standards, and ways.

Jesus could rightly say: “Who the Son is no one knows but the Father; and who the Father is, no one knows but the Son, and he to whom the Son is willing to reveal him.” ( Luke 10:22) When on earth as a man, Jesus willingly​—yes, eagerly—​revealed what his Father is like. Jesus spoke and taught from a unique perspective; he drew on memories acquired firsthand in the spirit realm and in the lofty presence of the Most High God.​ – (John 8:28).

Two important ways in which Jesus revealed his Father :